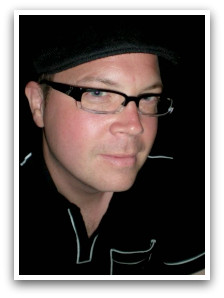 Despite what has been recently reported in the New York Times article, “Amateurs Are the New Fear in Creating Mutant Viruses,” the risk of the amateur do-it-yourself (DIY) or citizen science movement is little to none when it comes to biosecurity or the risk of taking a federally funded project involving H5N1 and turning it into a bio-weapon. I will discuss later some of the steps the DIYbio movement has taken to minimize any potential risks and orient itself around codes of conduct, but I wanted to take this opportunity to dispel any erroneous notions that the reason the H5N1 paper should not be published in its entirety is because of the perceived threat the DIYbio movement presents. According to Michael T. Osterholm and Dr. Arturo Casadevall, the real danger of releasing the H5N1 paper is if the knowledge ever fell into the hands of a DIYbio enthusiast, the world would collapse. I exaggerate what was said obviously, but so too are those who raised no such issues about the so-called DIYbio movement “threat” until now, when it appears the NSABB’s decision is being questioned and most likely will be reversed and/or ignored by the scientific journals. I ask a simple question, if there was so much concern that this knowledge could be released to the larger public and DIYbio movement, or worse yet criminals (for that is where the real threat lies), where were these alarmists when the original project was funded? A quick and easy search on the NIH database (http://report.nih.gov/) returns the “dangerous” project for anyone to see. In fact, it has been there since April of 2010 along with similar studies conducted by the same researchers going back to 2007. Why then, for a project that was spelled out in detail, would any expert not have concluded what a successful result would mean? Would the project not then have been better funded under the dual use paradigm? Only now that government officials have egg on their faces are they raising the alarm bells of this type of H5N1 research, which I must stress is highly valuable and should continue to be funded and published.

Those operating under the citizen science movement have in some instances better screening and biosafety standards than what appears to have been the review process of this particular federally funded grant. Take Genspace for instance, the first community laboratory to open in the U.S. They have an external advisory board of distinguished academic, government and industry professionals available to answer any safety related question. They also help review the appropriateness of certain projects in a biosafety level one environment, ensure adherence to National Institutes of Health (NIH) recombinant DNA guidelines, and help minimize the use of potentially hazardous reagents. For the larger DIYbio community, DIYBIO.org in partnership with the Woodrow Wilson Center are about to release an “Ask a Safety Officer” web portal which will allow anyone to submit biosecurity/biosafety related questions to a panel of biosafety professionals who will provide relatively rapid answers to any question they may have.

The citizen science and DIYbio communities are showing great understanding of their work and a community sense of responsibility by moving forward to create their own codes of conduct. In the spring of 2011 the Woodrow Wilson Center and DIYbio.org brought together delegates from existing DIYbio regional groups in Europe and the U.S. to collaborate on the development of a draft DIYbio code of conduct. It serves as a framework for helping achieve a vibrant, productive and safe global community of DIYbio practitioners, regional groups, and community laboratories. You can read more detail about the events and the codes here: http://diybio.org/codes/. Despite the delegates coming from various countries bringing with them varying social, ethical and political views the groups developed very similar themes.

Using the DIYbio and citizen science movement as a scapegoat for the failures of the NIH to better handle the release of this type of scientific knowledge harms not only the citizen science movement, but the larger scientific community in general. One way to do this would be to follow the recommendations laid out in last month’s op-ed piece, “to recommend that institutions and editorial boards step up and implement simple self-regulatory steps to enhance the safety, transparency, and communication of future research.” Science is about exploration and the distribution of knowledge. The “professional” scientific community should be supporting and nurturing the citizen science movement, like those volunteering their time to Genspace, instead of using them as a scapegoat for political and public relations purposes.