Op-Ed – The Global Forum on Biorisks: An Idea Whose Time has Come 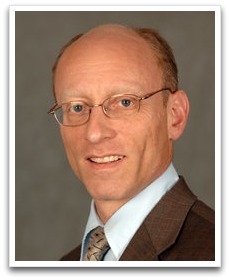 A White House meeting convened by the Office of Science and Technology Policy in September 1997 brought together representatives from many United States government agencies that had responsibility for biological risks — whether natural, accidental, or intentional. The ostensible purpose was to discuss a report on epidemiological surveillance that Congress had required the Administration to prepare. But there was another objective – to identify the many different agencies and individuals who had some bearing on this issue, and to start introducing them to each other. Many of the attendees had never previously been in the same room. Their official responsibilities — which included human health, arms control, counterterrorism, emergency response, intelligence, agriculture, drug development, and battlefield biodefense – were diverse and largely non-overlapping. Up until then, there had been little reason for people with missions so different to have had reason to work together.

Lesson one from that meeting was that on this issue, they needed to. Preventing, detecting, mitigating, responding to, and/or recovering from disease outbreaks requires a multifaceted approach that draws on the skills and mission responsibilities of many different professional communities.

Lesson two was that it can be hard for people from very different backgrounds and perspectives to talk to each other, let alone work together. Two-thirds of the way through the meeting, participants realized that when one attendee mentioned “surveillance,” she was talking about epidemiology. Another understood the reference to be about wiretaps; a third, overhead photography. To the first, “response” meant immunization, to the second, kicking down a door, and to the third, an air strike.

That meeting brought home the challenge of integrating the expertise and the efforts of many different professional communities in dealing with natural, accidental, and intentional biological risks. No single perspective is big enough to capture a problem that has so many aspects, and none of the relevant professional disciplines has the tools and the resources to deal with it alone. Each community is essential, but none is sufficient.

Couple the need for interdisciplinary collaboration and partnership with a mandate to work internationally. In a globalized world, disease organisms move at the speed of travel. With respect to outbreaks that are of deliberate origin, groups based in one country can acquire resources in a second, make preparations in a third, and attack a fourth – with the direct consequences extending beyond the attacked state, and the indirect consequences (i.e., travel and trade disruptions) extending still further. No single country has the competence – let along the resources or the interest – to handle such a problem by itself.

The Global Forum on Biorisks is a response to the global, interdisciplinary nature of biological threats. It provides the opportunity for each professional community that has a role in dealing with biological risk to examine how it should deal with the many aspect of this problem, and to learn from colleagues elsewhere. And it provides a space in which people from different perspectives can come together to complement each other’s approaches, or to uncover and work to resolve disagreements.

The Global Forum on Biorisks brings a wealth of technical capability to facilitate person-to-person interaction – the conversations, projects, task forces, committees, brainstorming sessions, exercises, joint studies, and other collaborative efforts that are needed to minimize overall risk, to focus attention on a problem that might not be anybody’s day job, and to address potential conflicts in mission or approach.

There are no guarantees on how to make good policy. But one can guarantee failure – and that’s by leaving important voices out of the conversation. The Global Forum on Biorisks hopes to avoid that pitfall, but it can only do so with your participation. Please request an account here.