Op-Ed – The Biological Weapons Program of the Soviet Union 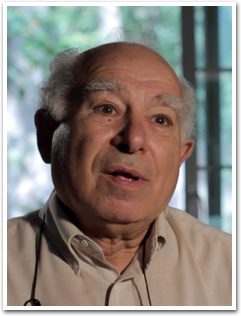 In a highly unusual and unanticipated development, the United States government announced the end of its offensive biological weapons (BW) program on November 25, 1969. US BW stockpiles were destroyed in 1971-1972, and facilities converted. Great Britain, by then also divested of its BW program, proposed a treaty banning BW, which had been until that time always combined with chemical weapons in arms-control negotiations. The Soviet Union initially opposed this proposal, but changed its position in 1971. The USSR and the US then negotiated the final language of the treaty: it would ban the development, production, stockpiling, acquisition, retention and transfer of BW. However the US-Soviet treaty language deleted two key provisions of the British draft treaty: a ban on research, and the inclusion of on-site verification provisions. The Biological Weapons Convention (BWC), without these key provisions, was signed on April 10, 1972 and entered into force on March 27, 1975 following ratification.

However, precisely at the end of 1971, the Central Committee of the Soviet Union, under Leonid Brezhnev, approved a massive expansion of the Soviet offensive BW program. From 1975 on the Soviet BW program existed in violation of the BWC. The USSR could maintain the violation only through decades of deception and blatant lying. The instrumental forces in the Soviet decision-making structure that were responsible for maintaining the program during this period were a small coterie of scientists at the senior level of the Soviet Academy of Sciences, the 15th Directorate of the General Staff and senior officials of the Military Industrial Commission (VPK). If, and when, the program was definitively closed down in the decades after the dissolution of the USSR remains unknown to this day.

Why did the Soviet leadership do this? What did they intend to use BW for? Against who? In what circumstances? Why did Michael Gorbachev, despite his enormous achievements in strategic and conventional arms control in the face of opposition by the Soviet Ministry of Defense, fail to abolish the BW program? Why did Boris Yeltsin also fail to abolish the program despite promising the US and UK governments that he would do so?

The Soviet BW program was initiated in 1928. Germany was not an enemy then, neither was the US, and no other country at the time had such a program. It continued during WWII and directly afterwards. After 1945, the Soviet program benefited from information obtained from the wartime Japanese and US BW programs, in the US case particularly from two books written by Theodor Rosebury, an instrumental figure in the US wartime program. Roseburys’ publications emphasized aerosol distribution of pathogens, which became the major means of BW dispersion. Beginning in 1949, the USSR also initiated a campaign of falsely accusing the US of using BW all over the world, most famously during the Korean War. The accusations, all of them fabrications, continued until 1988.

In the pre-1969 US BW program, as in the pre-1972 Soviet one, classical genetic selection techniques were used to select for characteristics that would enhance the virulence and hardiness of pathogens that could incapacitate or kill men and women, animals or plants. In addition, an effort was made to obtain antibiotic-resistant strains of these organisms, as well as ones with modified surface antigenic properties. The latter ability would permit the pathogen to overcome the opponents’ defenses, both vaccines and antibiotics, as well as evade detection and identification systems.
The purpose of the post-1972 Soviet BW program was to use the new techniques of molecular genetics for the same purposes. It is notable that virtually every research direction of the post-1972 Soviet BW program followed elements that were already discernable in the pre-1969 US program. In addition, US Department of Defense authorities were extremely careless in publishing technical details of US BW submunitions in 1962 and 1972 in unclassified or declassified reports that were apparently acquired and copied by the USSR.

US government agencies may have made one additional contribution to the Soviet BW effort. The FBI and US Army were carrying out a CW and BW disinformation effort from 1965 on aimed at misleading Soviet intelligence and defense scientists about aspects of US CW and BW R&D. In an incomprehensibly foolish initiative unsupervised and unknown to other US government agencies, messages were sent after November 1969 through a double agent claiming that the US was continuing a covert offensive BW program. This only came to the attention of the National Security Council and the CIA in early 1971, and by mid-1971, before the BWC was signed, the false disinformation effort was shut off.

Soviet Central Committee documents dating from 1986 to 1992 that were obtained in 2006, unfortunately, shed no light as to whether or in what manner or degree the US disinformation may have affected Soviet policy. It has never been referred to in the Central Committee documents. It also seems clear that Soviet intelligence agencies were never able to locate where in the US any such offensive BW effort could have been taking place between 1971 and 1992.

The post-1972 Soviet BW program was composed of four major components, with support from several additional institutional actors. The main elements were major facilities in the Ministries of Defense, Agriculture and Health and the newly created, nominally civilian Biopreparat organization. Between them, they comprised 40-50 research, development and production facilities plus the large military testing site on Vozrozhdeniye Island in the Aral Sea. A key element of the post-1972 program was at least seven or eight “mobilization capacity production facilities.” These were cumulatively capable of initiating production of thousands of tons of BW agents within a year of being ordered in anticipation of a major war with the US. By 1990 the USSR had proof-tested 13 agents and delivery systems. However, its existing BW stockpiles at that time were still composed of classical (non-genetically modified) bacterial and viral strains. The BW delivery systems produced by the Soviet military were spray systems for medium bombers and bomblet multiple munitions to be contained in air-delivered munitions. However, neither of these delivery systems could reach the continental US, aside from Alaska, and no evidence was found for Soviet possession of an intercontinental ballistic missile-delivered BW warhead, as has been reported elsewhere. Europe and NATO forces and installations in Europe and its periphery would perforce, therefore, have been the targets of Soviet biological weapons.

In late-October 1989, the director of one of the major Soviet BW R&D facilities defected to the UK and was debriefed by UK and US government officials. In mid-March 1990, the US and UK presented a joint demarche to the Soviet government asking it to terminate its BW program. Politburo documents demonstrate that discussion of the BW program, referred to as “Special Problems,” had already begun in November 1986. These deliberations proposed the destruction of the Soviet BW stockpiles while retaining the rest of the program, but destruction was apparently not initiated until late in 1989.

On as many as fifteen occasions between May 1990 and July 1991, President Bush, Prime Minister Thatcher, their foreign ministers and ambassadors in Moscow, and other senior US and UK officials, pressed Gorbachev and Soviet Foreign Minister Shevardnadze to close down the Soviet BW program, with no success. Soviet Politburo documents demonstrate with absolute certainty that Gorbachev knew that the USSR maintained an illegal offensive BW program, but he repeatedly denied its existence to Bush, Thatcher and US Secretary of State Baker.

It was the weakest and most difficult period of Gorbachev’s political control while in office. Soviet military officials habitually lied to Gorbachev and the Politburo, and during the same time period, Gorbachev was beset with the dissolution of the Warsaw Pact, the issue of German reunification, drastic food shortages in Moscow and other Soviet cities, demands for independence by the Baltic republics and Georgia, and the initiation of Yeltsin’s reach for political power. It was also the time during which Gorbachev had swung his support to hard-line elements in the Kremlin, with the coup attempt occurring in mid-August 1991.

When Yeltsin took office in January 1992, the US forced his public admission that there had been an offensive Soviet BW program and that it had continued until March 1992. Yeltsin promised to abolish the program, which he presumed to think would be possible by decree, and to dismiss the military officials who had run the program for the preceding decades. However, he did not do this. The same military officials who advised Yeltsin in January 1992 to continue the BW program remained in their positions.

Following additional defections from the program, the US and UK stated that the BW program continued as of September 1992. They forced Russian agreement to the Trilateral Statement, signed in Moscow in September 1992, in which Russia committed itself to allow access to the Ministry of Defense BW facilities. However, Russian negotiating teams subsequently ran discussions about access into the ground between 1993 and 1996. Yeltsin was inept and unconcerned, and long before 1996 he had washed his hands of the issue, despite repeated appeals by President Clinton and his senior officials.

US and EU assistance programs for the conversion of the Biopreparat and Ministry of Agriculture facilities eventually led to access and assurance that they were subsequently performing legitimate civilian research and commercial activities. In addition, no proliferation apparently took place from the Soviet BW program. No more than a handful of Russian biological scientists emigrated to countries of BW proliferation concern and they had not been engaged in the Soviet BW program. However, official annual US government declarations continue to question Russian compliance with the BWC, and the three major Ministry of Defense facilities remain closed to this day.

Milton Leitenberg is a Senior Research Scholar at the Center for International Security Studies, School of Public Policy, University of Maryland. He is the co-author, with Raymond Zilinskas, of The Soviet Biological Weapons Program, A History (Harvard University Press, 2012).