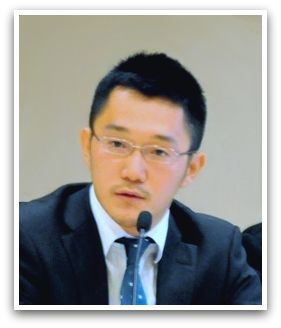 State Parties to the Biological and Toxin Weapons Convention (BTWC) have agreed since the Second Review Conference in 1986 that educating life scientists about the BTWC would strengthen the prohibition norm. Although, in 2005 when they met to discuss codes of conduct for scientists, it became clear from statements by governments and the work of NGOs that practicing life scientists were largely ignorant even of the existence of the BTWC. Therefore it is not surprising that efforts to develop and implement codes of conduct, for example at the level of the InterAcademy Panel (IAP), went largely unheeded in practice. Similarly, it is not clear how the education recommendations made in the Strategic Plan by the US National Science Advisory Board for Biosecurity (NSABB) have been put in place in academic institutions. In 2008, States Parties to the BTWC came to a series of agreements on the need to promote common understandings and effective action on improving the education of life scientists. These included a recognition of the value of “seminars, modules or courses” in raising awareness and in implementing the Convention (BWC/MSP/2008/5, pp.6-7). States Parties recognised the value of such education in covering biosecurity risks, the moral and ethical obligations of scientists, the provision of guidance on preventing illegal activities, supportive educational resources, and the strengthening of new and existing oversight mechanisms and encouraging the integration of efforts into international, regional and national legal frameworks (BWC/MSP/2008/5, pp.6-7).

The existing range of preventive policies, including careful export controls and sensible biodefence, have to be anchored by the international prohibition norm that is embodied in the 1925 Geneva Protocol, the Chemical Weapons Convention (CWC) and particularly the BTWC. Even so, not all States are full parties to the Geneva Protocol, there are potential loopholes in the CWC in regard to ‘non-lethal’ chemical weapons and the BTWC is well known to have severe weaknesses in lacking a verification system and an adequate international organisation. Our concern at BDRC is particularly focussed on the less well known, but surprising, gap in the Web of Prevention (WoP) caused unwittingly by the very life scientists who are creating the revolution in the life sciences. Previous work by Rappert and Dando around the world has shown that the majority of these highly-skilled professionals are largely unaware of the BTWC and of their obligations under the Convention. The lack of educational programmes is a major factor for this deficit. Scientists are therefore unable to contribute their essential expertise to maintaining and developing the prohibition of the misuse of their work. In the prevailing culture, where few life scientists have any knowledge of the large State-level offensive biological weapons programmes of the last century, the benefits of a research project or a publication are always likely to be seen as outweighing the risks.

Policy-makers and other biosecurity stakeholders have been working hard to plug this gap in the knowledge of life scientists. We at the BDRC (http://www.dual-usebioethics.net) have been working for several years to provide a range of educational resources providing answers to the following questions: “What do scientists and other stakeholders need to know in order to meet their obligations under international prohibition regimes?” and “How can they go about implementing this knowledge in practice?” We have developed four strands to this educational approach, all of which are available online, with two strands being free of cost to users.

Firstly, we developed the Bradford Educational Module Resource (EMR) as a free, downloadable course consisting of 21 lectures that cover five specific topics: the threat of disease (Lectures 2-6); the development of the prohibition regime (Lectures 7-10); the dual-use dilemma and the responsibilities of scientists (Lectures 11-17); national implementation of the BTWC (Lectures 18-20); and building of a ‘Web of Prevention’ based on the BTWC (Lecture 21). This course is available in a number of languages and we are working to provide more translations as an ongoing project.

Secondly, an online assessed and accredited course was developed, known as the Train-the-Trainer Programme. This grew out of the EMR and covers similar material but also includes participant activities focused on practical implementation of biosecurity activities and precautions. This course is accredited by the University of Bradford at a Masters level, and was initially delivered only as a 12-week programme. Students access classes online via the use of Elluminate software, allowing real-time lectures to be held and allowing for group work and presentations to be carried out while participants are scattered around the world in different time zones. We have been supported in this programme by the US State Department.
Thirdly, in response to demand, we now provide a 6-week version of the course, also delivered online, assessed and accredited, in order to meet the needs of individuals and groups who do not need the level of detail included in the 12-week version.

Fourthly, we are currently developing a National Series of lectures which will be available free online or as in-country deliverable courses, focusing on the biosecurity situation in specific countries (starting with some former Soviet and Middle Eastern states). We have been supported in this by the UK Ministry of Defence. These will also be translated into local languages as an ongoing project. The National Series lectures focus on the same themes as the EMR, but simply apply its principles to the local, specific circumstances in the country of focus. In this way, people are able to access a concise overview of the biosecurity threats, perspectives and needs of their own country. This will enable them to focus on addressing their needs from an informed perspective.

We would be happy to hear any thoughts that colleagues may have on these resources, as we believe that education of the science, industry and security sectors is a key way forward in the coming years –, particularly in the run-up to the Seventh Review Conference of the BTWC in December 2011 and beyond. If we can promote a broader uptake of biosecurity education now, it can only help the world to better face the challenges and adventures that lie ahead as biotechnology advances towards the future.