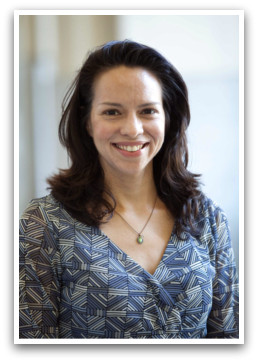 Since the end of the Cold War and the rise of asymmetric security threats, the U.S intelligence and policy communities have been increasingly concerned about new types of bioweapons attacks that might arise from a spectrum of state and non-state actors. In a 1995 U.S. Senate hearing, CIA official Gordon Oehler lamented that, “the increasingly troubled post–Cold War world has, in a curious way, made us yearn for the dark days of the 1960s and 1970s when we knew the kind of target we were dealing with and the problems we were facing.” Former CIA Director Jim Woolsey also likened the challenge of meeting a growing and diverse set of national security threats in the post-Cold War period as a “jungle filled with a bewildering variety of poisonous snakes.” With the events of September 11th, new scientific developments, and an increase in the globalization and diffusion of biotechnologies, the number of possible poisonous snakes has continued to grow. Recently, specific concerns have arisen that advances in the life sciences and biotechnology have made bioweapons capabilities accessible to an increasing number of actors, including not just individuals linked to terrorist organizations but also garage bio-hackers, proverbial “mad scientists,” and other bio-criminals. The danger that violent non-state actors will acquire and use powerful weapons to kill, injure, or simply disrupt life for a large number of people remains one of the foremost national security concerns in this environment.

On 12-14 September 2012 in London, I partnered with the UK Economic and Social Research Council’s (ESRC) Genomics Policy and Research Forum to organize a meeting entitled, “US-UK Joint Workshop on Improving Intelligence Analysis for Emerging Biotechnology Threats.”1 This meeting consisted of a mix of current and former intelligence practitioners and policy officials, and social science and scientific experts from both countries. The workshop was designed to: (1) examine new analytic approaches that take into account both social and technical factors in assessing emerging bioweapons and dual-use threats; (2) create a new forward-looking dialogue and intellectual exchange between intelligence practitioners and academic experts on how both communities can think more holistically about bioweapons threats; and (3) challenge the conventional wisdom that substantive discussions of analytic methods for bioweapons threats can only occur in highly classified settings.

The workshop presentations and discussions identified two main issues worthy of attention: (1) the need for better conceptual models for understanding biotechnology; and (2) the challenges of integrating these models (or any new analytic approaches) into existing intelligence culture and work practices. Regarding the first issue of developing better conceptual understandings of biotechnology trends, one key panel at the workshop entitled, “Understanding the Emerging Life Science Landscape,” examined two different models for explaining innovations in biotechnology and the life sciences. One well-known model, the “biotech revolution model,” presented at the workshop by Gerald Epstein, Homeland Security Department deputy assistant secretary for chemical, biological, radiological, and nuclear policy, emphasizes the importance of codified knowledge and the material aspects of biotechnology, with a fixed technological trajectory. According to this model, biotechnology is seen as becoming more powerful, available, familiar, and decentralized. As a result, the bioweapons threat is expected to grow in the future.

An alternative model, which could be dubbed the “biotech evolution model,” presented by University of Sheffield sociologist of biotechnology Paul Martin, illustrated how there is a lot of uncertainty in how biotechnologies might develop in the future due to the complex social, economic, scientific, and technical factors that shape biotech innovation and its applications. This model, based on decades of in-depth qualitative social science research, involving longitudinal (20-30 years) case studies covering a range of biotechnologies, reveals a slower, more complex, and non-linear model for biotechnology development than the biotech revolution model. Some of the growth-determining factors accounted for by the evolutionary model can powerfully modulate potential bioweapons threats. The upshot of these presentations and subsequent discussions was the need for a better conceptual model, such as the one proposed by Paul Martin, for explaining changes and modes of technology transfer in biotechnology and the life sciences and how these map onto specific threats, all of which take into account important social, economic, organizational, and network factors in addition to technical issues.

Moreover, other practitioners noted that since the 2003 Iraq intelligence failures, the intelligence community has become highly risk averse in making analytical judgments. This has led to the development of an “audit culture,” where intelligence analysts rely upon checklists and structured analytic techniques in order to increase confidence in their judgments. According to practitioners at the workshop, although these tools can be useful, they have also made producing intelligence a more bureaucratic process that comes at the expense of building up in-depth subject-matter expertise, mentorship relationships among junior and senior analysts, and long-term institutional knowledge. Furthermore, intelligence analysts face challenges in acquiring and processing information related to bioweapons threats. According to intelligence practitioners, there is typically little evidence of state/non-state actors developing biological weapons. In contrast, there is an overload of information about general biotechnology developments, which begs for better tools or conceptual aids to help the analyst sort through this sea of information to identify and prioritize potential security risks. These statements by intelligence practitioners at the workshop regarding the daily work challenges facing analysts highlighted how it is useful to consider how, and to what extent, new analytic approaches can be successfully adopted and used in intelligence units, and the work that would be required for that to happen in this context.

The London workshop raised a number of intriguing issues that would benefit from further inquiry by additional conversations between intelligence practitioners and academic experts. These discussions could be initiated by either party and could be done on an unclassified basis.3 In doing so, these kinds of dialogues would further a 2008 directive on “Analytic Outreach” from the Office of the Director of National Intelligence that charged intelligence analysts to engage outside experts in order to “explore ideas and alternative perspectives, gain new insights, generate new knowledge, or obtain new information.” The Directive recognizes the importance for analysts to move out of their classified domains in order to tap into valuable outside knowledge and expertise relevant to intelligence problems and that can challenge erroneous group-think that can occur in the closed worlds of intelligence. This type of engagement can also be beneficial to academic scholars because it allows them to better understand practical, working-level and institutional challenges that face intelligence analysts in bringing new ideas, techniques, and tools to their work. Thus, the workshop showed that there is much to be gained by bringing the academic and intelligence communities in close conversation with one another to further both communities’ understanding of how to improve assessments of bioweapons threats. More initiatives along these lines should be supported by government and non-government funds.

1. Funding support for the workshop was provided by the UK Economic and Social Research Council’s (ESRC) Genomics Policy and Research Forum. The Genomics Policy and Research Forum is a novel ESRC-funded initiative dedicated to the development of links between social scientists and scientists working in the contemporary life sciences, and the connection of research in this area to policymakers, business, the media and civil society. The Genomics Forum is based at the University of Edinburgh [and is part of the ESRC Genomics Network (EGN), a major ESRC investment spanning five of the UK’s leading universities examining the development and use of the science and technologies of genomics. I would also like to thank Christine Knight at the ESRC and Mark Jansson at FAS for their early feedback on this article.
2.  I have previously noted that these pressures for current intelligence reports have a history that begins to emerge with the end of the Cold War.  For more discussion of this, see:  Kathleen M. Vogel, Phantom Menace or Looming Danger?: A New Framework for Assessing Bioweapons Threats (Baltimore: The Johns Hopkins University Press, 2013).
3.  Within the U.S. intelligence community, the National Intelligence Council as well as the Department of State’s Global Futures Forum, would be natural counterparts to initiate these conversations as these entities have a track record of engaging with a diverse set of experts in the academic community in an unclassified manner.  The Office of the Director of National Intelligence’s Biological Sciences Experts Group (BSEG) aims to increase academic expertise into intelligence, but some of the existing limitations of this Group include: a primary focus on technical expertise, a requirement that academics obtain security clearances, and BSEG meetings occur within classified spaces.  BSEG, however, could be modified to become a more open and inclusive body for academic-intelligence discussions and engagements.